All They Needed Was A Few More Prunes

A Short Story About The Founding Of The Vancouver Lions Club 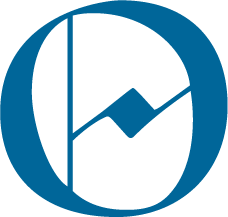 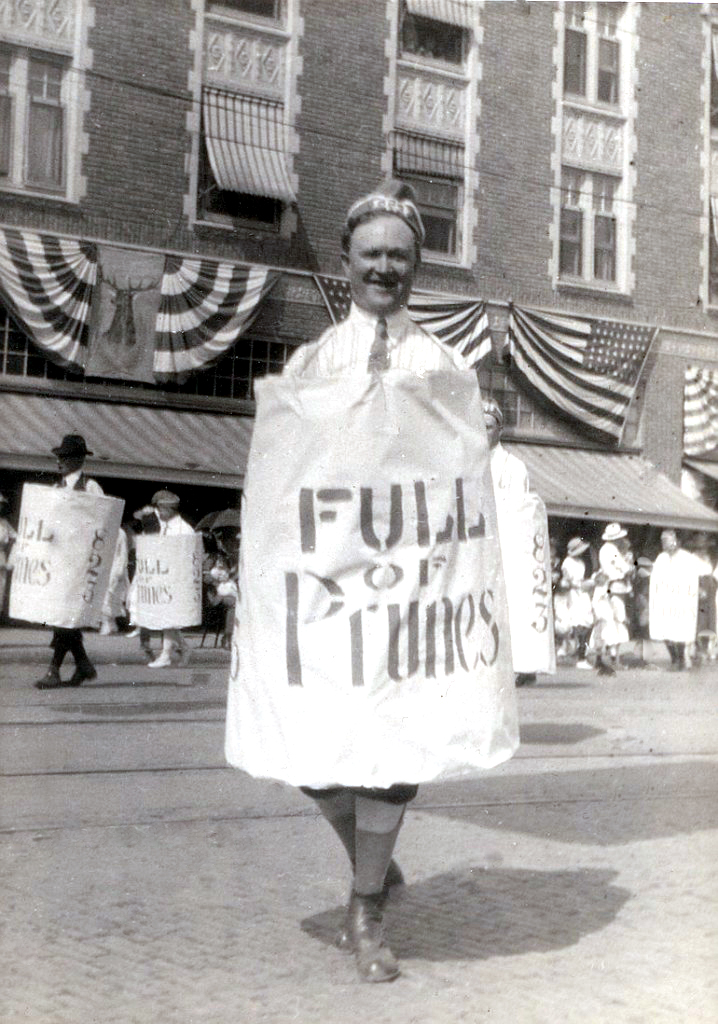 nce upon a time, long ago, long before Burgerville, on the east side of the kingdom resting on the northern bank at a crook in the great river of the Northwest, stood a cone from the Boring Lava field rising 751 feet above the valley floor. “Strawberry Knoll”, early settlers called the dome, in homage to the native Fragaria that ran wild and claimed the hill as home.

To the west of the bluff, in the village at the hub of the kingdom, the land was becoming populated by prune trees; A fertile glen on the west side of the village, known to locals as “Fruit Valley”, was blanketed with prune orchards.

One east side settler, M.A. Boyle, joined in the agrarian pursuits of the village and planted the west slope and top of Strawberry Knoll with 350 prune trees. Other settlers followed Boyle's lead. By 1883 Strawberry Knoll had found its place on the map of the kingdom as “Prune Hill”.

Brown first planted prune trees in a small nursery in the village at the hub of the kingdom, near the intersection of East 19th and D Streets, in 1861.

Hidden became interested in the commercial production of dried fruit in 1876. He sought Brown's advice on what to plant to make his dream of a commercial dried fruit business a reality. Brown told Hidden to plant apples. But “Hidden could think of nothing but prunes”, according to sources in the know, and proceeded to plant a 3.5 acre prune orchard at what was then West 26th and Main Streets, in the village at the hub of the kingdom.

In 1883, Hidden built a prune dryer, the first of its kind in the territory in which the kingdom lay. Hidden produced 5,000 pounds of prunes from his prune dryer that first year.

By 1888 the kingdom's prune orchards were marketing 200,000 pounds of dried prunes a year, reaching a peak of more than 1.2 million pounds annually by the time World War I broke out. More than 300 acres of land was covered with prune trees. The major market for the kingdom's prunes was Germany, and included Belgium, London, Russia and a few other European countries.

By the turn of the century the kingdom had gained infamy as the “Prune Capital Of The World”.

In 1919 a group of local businessmen formed a club to promote prune culture and consumption, and to foster cooperation between local prune growers and merchants. The “Prunearians”, as they were known, were formed in part to counteract adverse effects the kingdom's prune markets had suffered during and as a result of World War I.

Initially limited to 100 members, the Prunearians soon evolved into a major civic booster, increasing its membership, promoting the general civic interests and addressing the humanitarian needs of the kingdom. The Club's members were dubbed “Royal Prunearians”, a title they proudly wore.

The Royal Prunearians were a gregarious, fun–loving group, much beloved throughout the kingdom, even gaining fame among inhabitants of the empire to the south across the great river of the Northwest. Club members were easily spotted at public events in their uniforms of white suits, straw hats and gloves. The people of the kingdom were captivated by the Royal Prunearians' unabashed promotion of the Prunearian slogan, “We're Full Of Prunes”.

Much of the Prunearian's local fame derived from the Club's Prune Harvest Festival. The annual event was held at a the oldest public park in the territory in which the kingdom lay, a park named after Esther, the wife of an early resident, Amos Short, who with their ten children had jump–claimed land near the center of the village.

The first Prune Harvest Festival was held in 1919. The Club's president, known as the “Big Prune”, led the promotion of the event. Fay Vance Meneice was selected the first Prune Queen.

In the early 1920's, the kingdom was reaping the benefits of an economic recovery. Employment was rising, industrial production increasing and a feeling of buoyant optimism prevailed across the land.

Downtown in the village at the hub of the kingdom substantial new buildings seemed to rise like mushrooms after rain. Prunes were commanding healthy prices, fueled by high demand as the most popular breakfast fruit in the land of the territory in which the kingdom lay.

In 1924 the Prunearians tackled the biggest Prune Harvest Festival yet, a “Super Picnic” that the Big Prune boasted would be “The most elaborate program ever presented”. It was a carnival–like atmosphere where all of the amusements were free, held in the park named for Esther, wife of Amos Short, in the village at the hub of the kingdom.

But prune prosperity did not last forever. By 1926 the bottom had dropped out of the kingdom's prune market. The coveted title of Prune Capital Of The World had passed to Yuba City, in a territory to the south of the kingdom otherwise occupied by giant Redwood trees and Golden Bears.

The Prunearians watched with sadness as their precious orchards of prune trees disappeared from the kingdom.

But the Prunearians had grown wise from having served the villagers' humanitarian needs in addition to its promotion of the village's prunes. Royal Prunearians had learned that their village had needs no matter the industry of the day, and they had developed an unshakable passion to help.

So with no more prunes to promote, a community with needs to be served, and a burning desire to make their village a better place, the Royal Prunearians looked to the East for enlightenment.

And on Wednesday, September 12, 1928, the Royal Prunearians became Lions.

And the people of the kingdom resting on the northern shore at a crook in the great river of the Northwest said, “Ah. This is good”.

Compiled from: Prunes Prominent In Clark County's Past by Sue Vorenberg, The Columbian, March 17, 2012; Prunes, Picnics, and Long–eared Gorillas by Bill Alley, HistoryLink.org file number 7206; Gulp: Adventures on the Alimentary Canal by Mary Roach; Clark County, Washington public records; Records of the Prunearians archived at the University of Washington libraries special collections, and; Records of the Vancouver Lions Club.